A friend told me about a restaurant he'd visited on a trip to New York. There was essentially no menu. You walked in, you are seated, and you are asked a single question:

Then they bring you an utterly fantastic steak with fries and bernaise sauce. They do this one thing, they do it incredibly well, and they do it cheaply because they can take advantage of economies of scale.

I love this mindset of setting out to do something as utterly right as humanly possible. The example I had previously was a cafe in Edinburgh called Loudon's. This is obviously the result of someone setting out to create as perfect a cafe as possible. It's incredibly well laid out. Lots of tables, but not even a little bit cramped. So much so, in fact, that the presence of parents with small children doesn't ruin the atmosphere. They just get lost in the space. This is not enough by itself, obviously. The coffee is also very good and the food is absolutely first rate. Don't even get me started on either the quantity or the quality of the cakes.

So where am I going with this? Well, this last week during a short(ish) break in Austria, I found another one.

Bad weather led us to take a day trip into Salzburg, which we wandered around aimlessly for a few hours. Getting dinner in town pushed us to a late train… but where to get dinner and what to do to entertain ourselves for a few hours. Someone mentioned a brewery one of our PMs (Product Managers) had recommended. A brewery with attached drinking hall which serves food. Apparently they served the best beer he'd ever tasted. Even coming from a PM* this is the sort of claim which needs to be be tested… and what the hell, it was on the way to the station (ish) anyway.

So we take a wander to this brewery… and I'm here to tell you that I'm very glad that we did. We walked in. We were asked (at this point) three questions:

Beautiful. We were shown to a table in a fairly massive room (one of three). Simple chairs simple tables. A friendly buzz, but in no way crowded.

Within minutes the very same guy had reappeared at our table carrying *eight litres of beer[1]. How good was this beer? It was pretty awesome. Frankly I'm still craving it. How much was this beer? I'll come back to that.

There was no table service for food, but just outside of the room was, for all intents and purposes, a small food market. 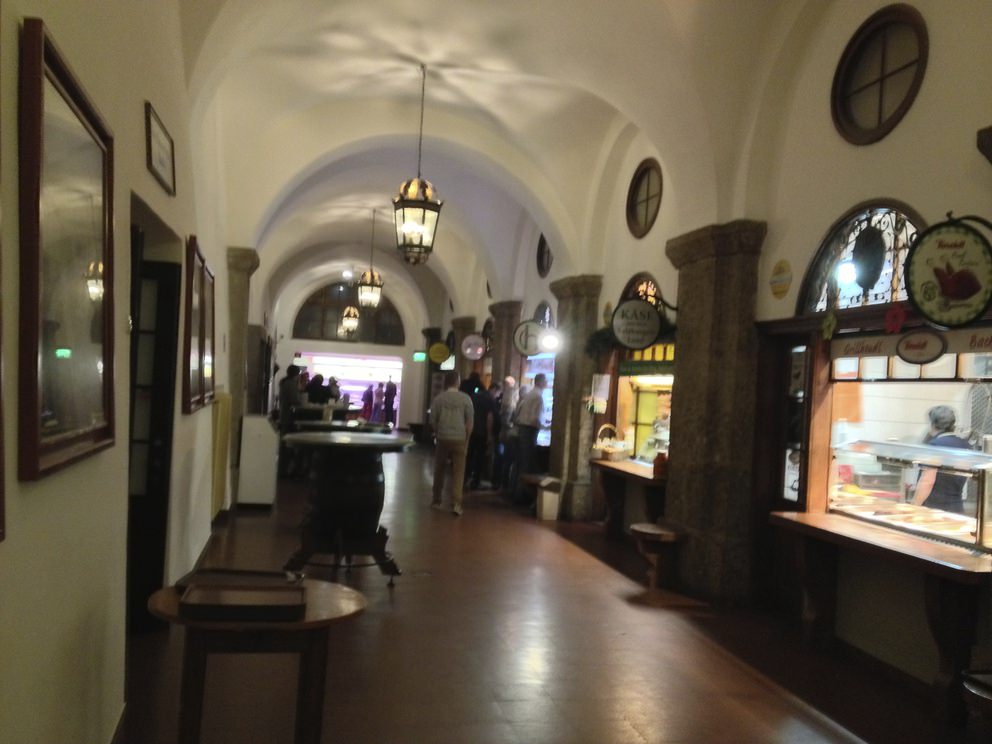 I wondered back and forth for a little while before deciding on half a roast chicken with a small pretzel on the side. Huge grin firmly affixed on face (as Spartacus might say) I proceeded to gleefully wash this meat and starch based feast down with more of that wonderful beer.

Some hours later we stood, fully satiated and mildly inebriated. We waited with beer baited breath to see what the bill would say. How much was this beer?

You're basically paying that for a pint in London, and it's probably not as good. Not even close. For me, they really knocked this one out of the park.

If you're in Salzburg, by all means see the kirk (it's beautiful), drop by the castle (it's really interesting… though you might want to stay out of the creepy marionette museum) and eat a slice of Sachertorte (it's tasty). But when you're looking for some hearty food and perhaps an adult beverage or three, you really need to drop by the church of beer, meat and starch. You'll be glad you did. 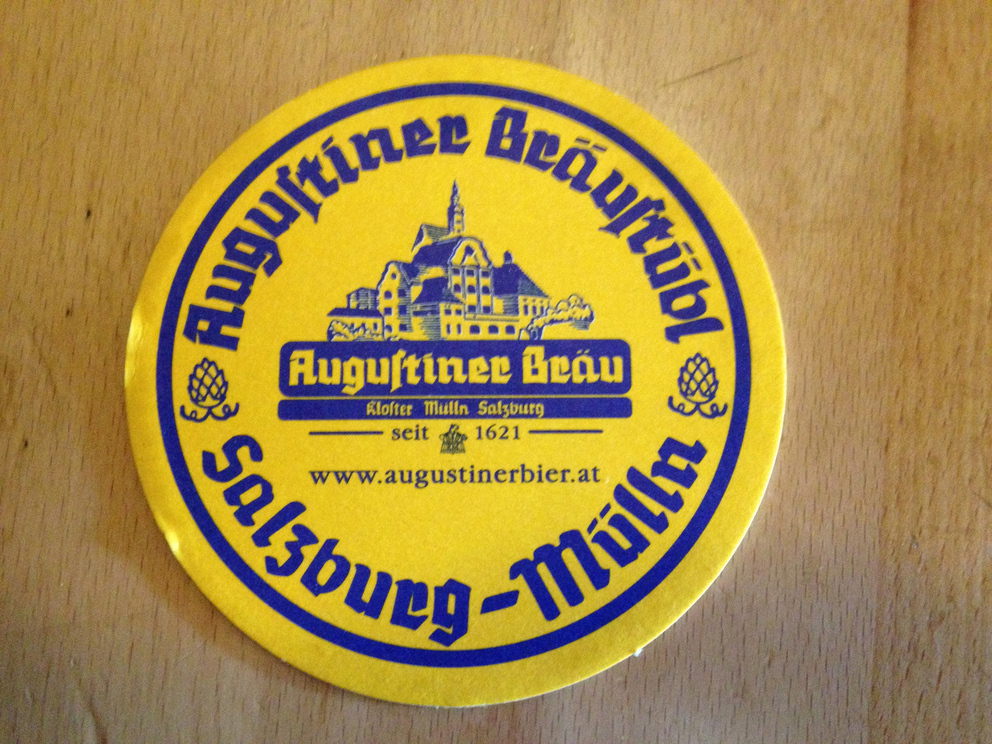