Apologies, once again, for the radio silence. Over the past couple of months there have been some complications in my private life, and a remarkable amount of my attention has been taken up with figuring out where exactly I'm going to be living after my current lease runs out (more on that later, perhaps).

Be that as it may, after almost a year, I did find some time to go wandering around the city I now call home. Whilst I took every opportunity to make a brisk constitutional around Edinburgh, I'd never managed to really do this in London. Part of the reason, I think, is while that you can essentially wander across central Edinburgh in an hour or two, this is really not the case in London. Nipping across town via public transport can take hours.

Recently, though, two excellent excuses presented themselves. Firstly, my father came to visit for a few days and professed an interest to go take a good look at Kew Gardens, the Japanese themed portion in particular.

First stop was the Pagoda: 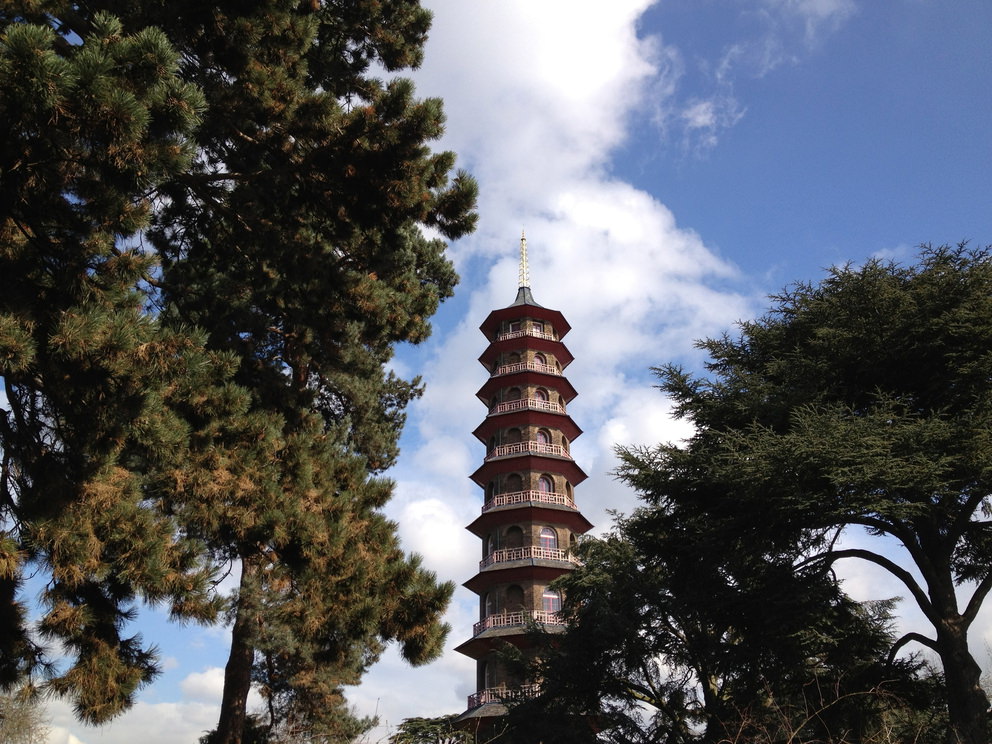 This is a fairly impressive and imposing building, at least from a distance. Close up it's curiously less so. I think it's the red brick construction which does it. I've never visited Japan, but this seems a slightly inappropriate building material to me. My father, who has, concurred.

Next was the Japanese Gateway which, in conjunction with the weather, gave me an excellent opportunity to try out the HDR mode on my phone's camera. Here it is without the benefit of HDR: 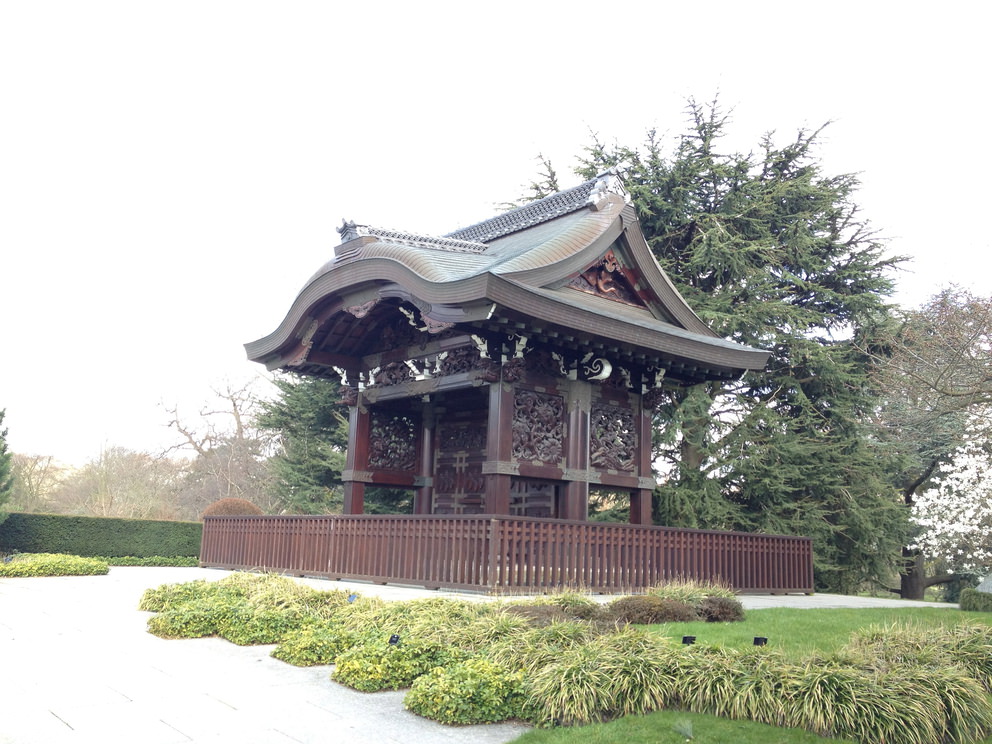 …and here it is with the HDR turned on: 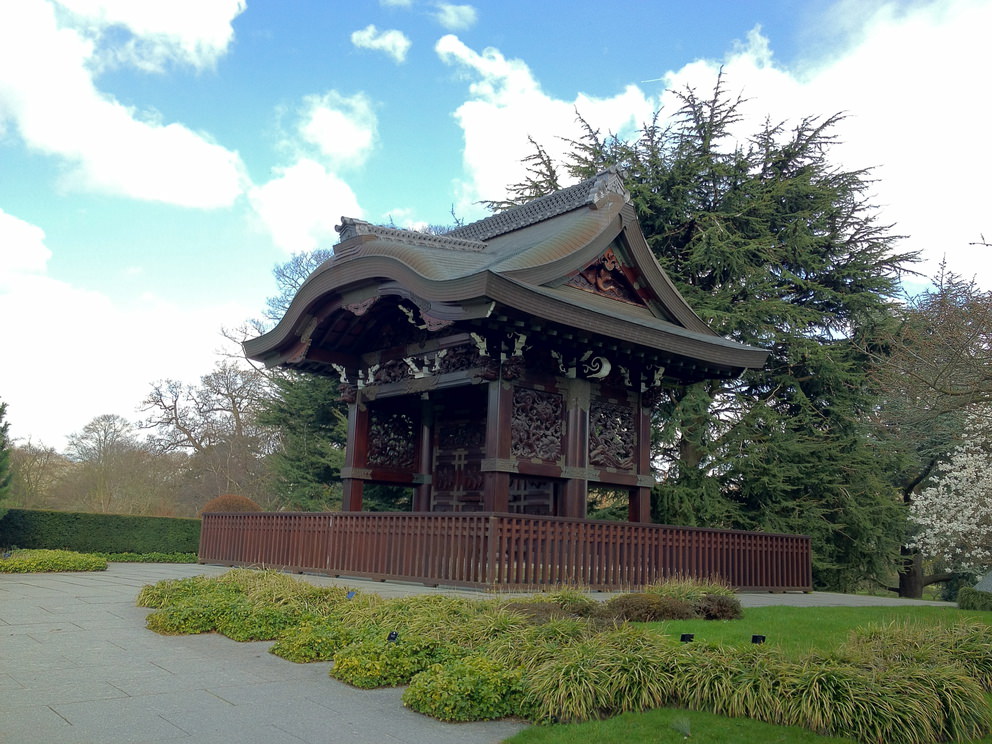 I'll be listing that featuring under "worthwhile" from here on out. At this point it's probably worth confirming a slightly frustrating fact which I suspect is now true of many people: the camera on my phone has completely killed any use of my point and shoot camera. It's extremely convenient (being as I always have it with me) and, since my last upgrade, actually very capable. The only thing it lacks is zoom, which is a trade off I'm willing to make. If I plan on going on a serious photo taking excursion at any point in the future I may bite the bullet and pick up a decent digital SLR. The point and shoot just feels like a weird middle gear at this point.

Back to Kew Gardens, though. Tucked off to one side and not especially well advertised is the Bonsai house. It's small, but quite cool, and something my dad specifically wanted to see (Bonsai being a hobby of his). 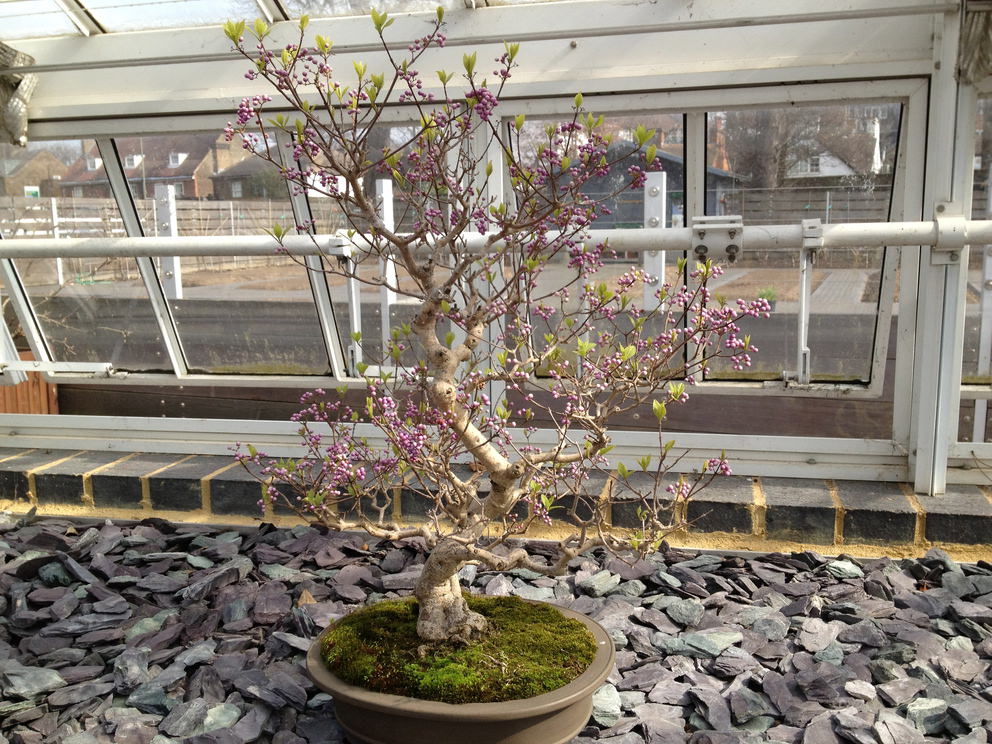 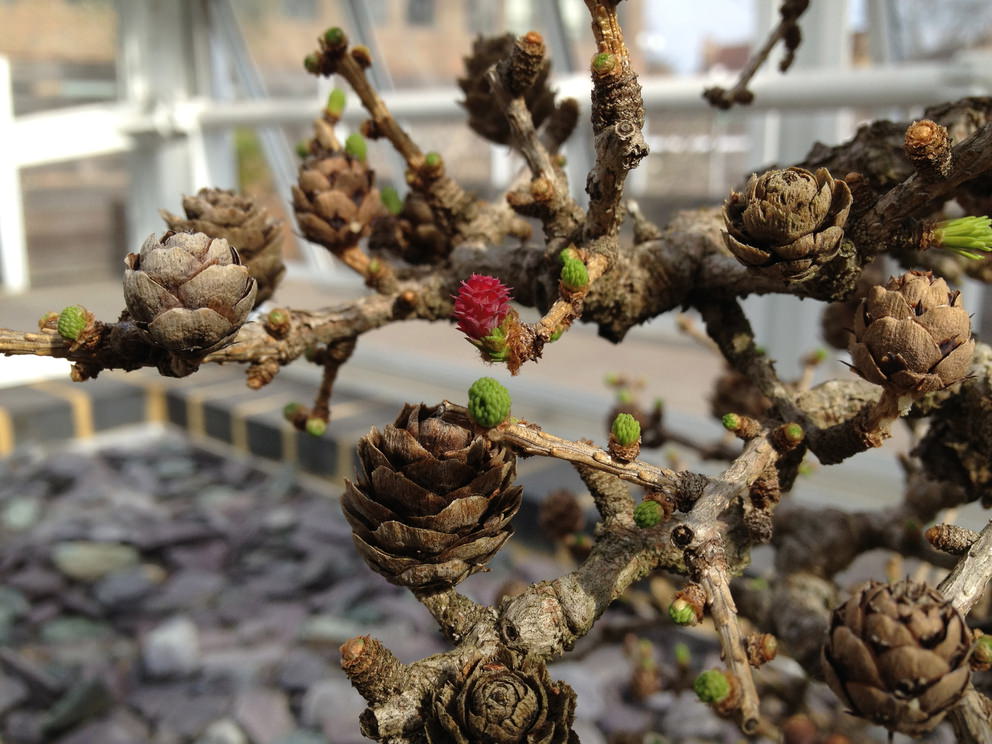 Next, we moved away from the specifically Asian attractions and took a look in the Palm House. This really is an impressive building, if uncomfortably hot and humid. Be ready to sweat, all ye who enter here. Besides the tropical plants (which I don't seem to have taken any pictures of), the green house itself has an impressive art deco[1] construction: 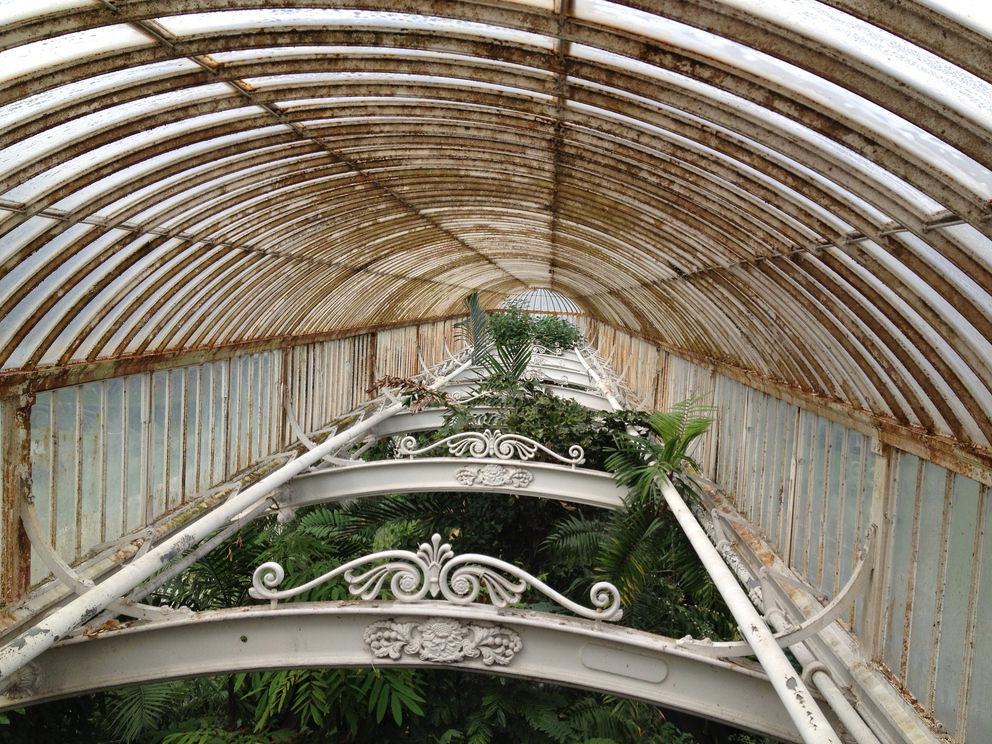 Shortly after this, we took the train from Richmond back to my flat, and I had the fun of explaining to my father the difference between underground and overground trains this far out of the centre ("you can tell that's an underground train because it says 'underground' on it…").

A week or two later, I professed a desire to go see John Carter to friend who suggested we see it in Canary Wharf, allowing us to go wandering around the area beforehand. So we did.

Canary Wharf is one of the parts of London containing buildings which can legitimately be called skyscrapers (I think). I believe it's also London's financial district. Surprisingly, I actually find it a very pleasant place to be. The taller buildings make you feel as though you're walking through canyons, and the area is very clean, though not to the point of feeling antiseptic. 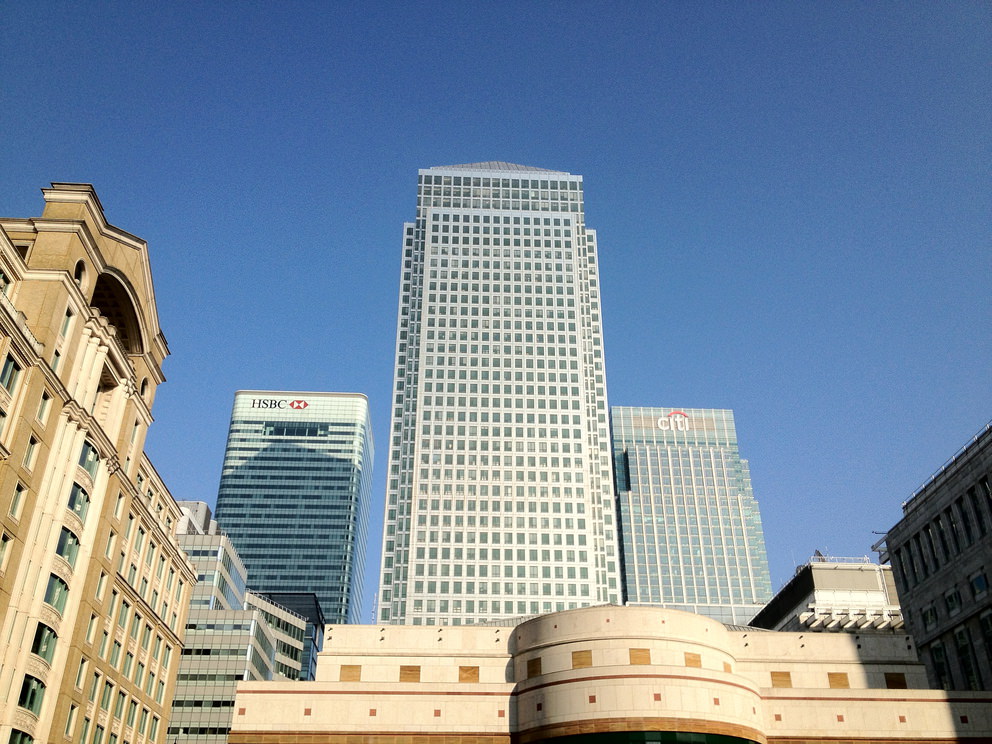 At the weekend it's extremely quiet without quite feeling like a ghost town and there are a surprising amount of things to find. These include a large underground mall, some very cool riverside buildings: 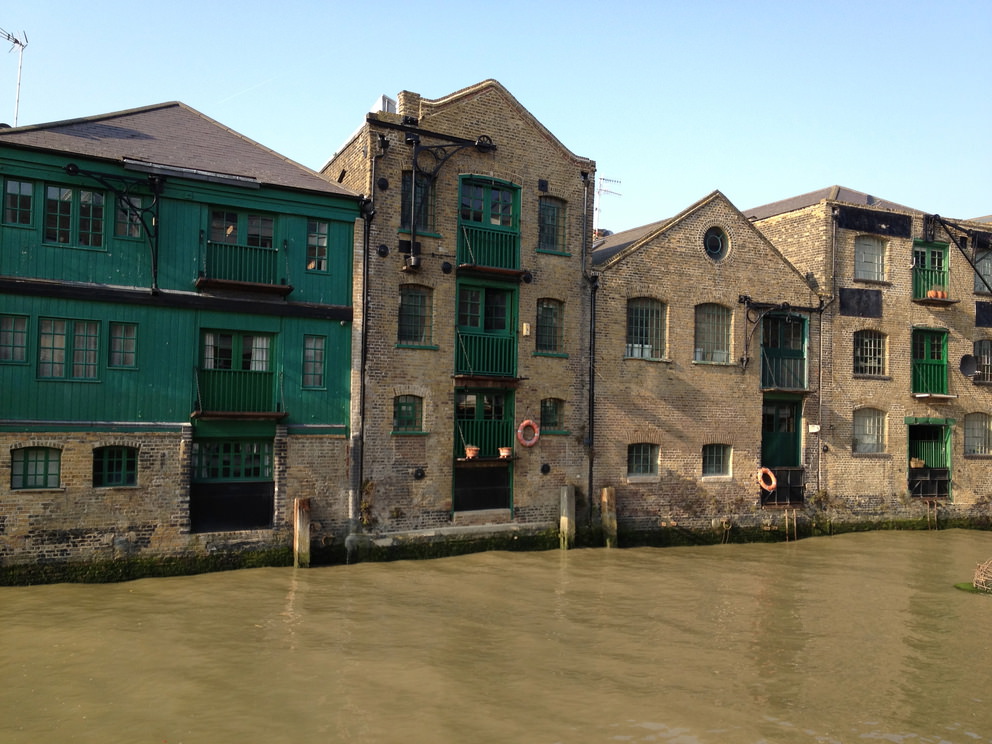 …and one or two very cool statue / landmark type things: 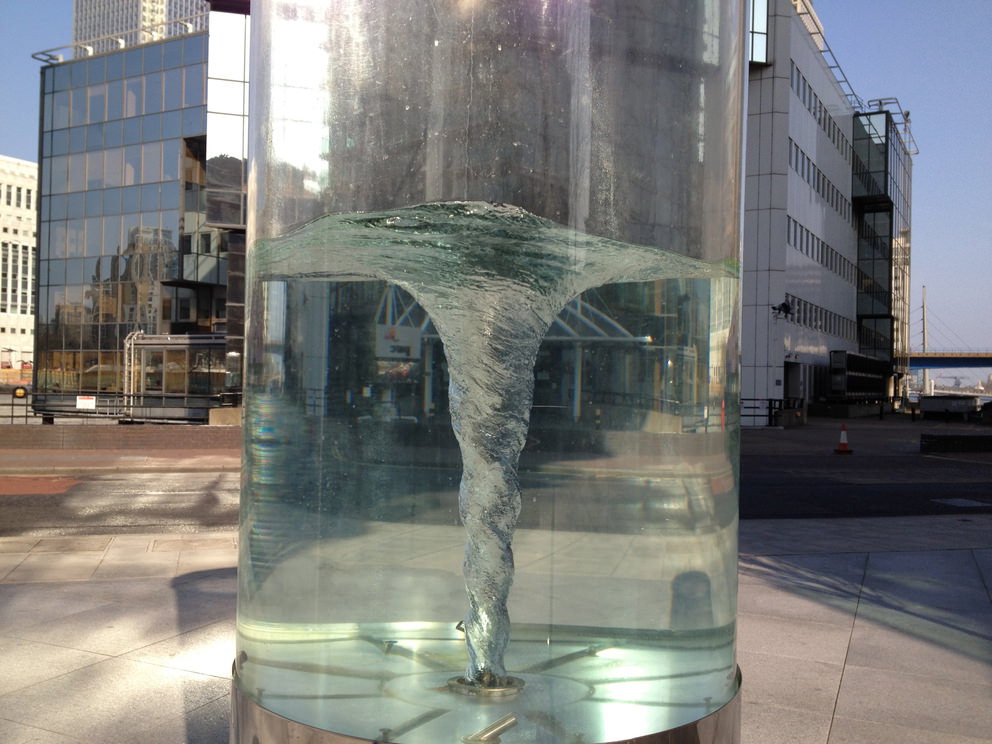 Interestingly, the whole area is also private property, so you might have submit to a vehicle search on the way in. Be that as may, I can recommend it as a reasonable place to wander around at the weekend.