Something I forgot to mention in my last post was my trying to look at the iPad from a developer's perspective. I talked before about a programming side project that I've had bouncing around in my head for a while. Previously, I mentioned that I wasn't sure if it was a website, an application, or some combination of the two. Then again I could see some use cases in which a laptop might be a bit cumbersome and a smart phone too small and underpowered. In which case neither the application of the website is entirely satisfactory. I'm actually now starting to think that the iPad could be the exact right platform for it. Perhaps I should actually start working my way through the Objective-C text book I've had sitting on my shelf for over a year now...

I have another couple of side projects, some programmery and some writery that have me giving the thing a more than slightly critical glance.

That's not the point of this post, though. The fact of the matter is that, although it might sometimes seem that way, Apple does not have a monopoly on multi touch user interfaces. If you want to see a particularly impressive example that neither you nor I (nor the governments of some small countries, I suspect) can afford, look no further than the Perceptive Pixel website. Another cool example showing someone playing with a multi-touch implementation of the Warcraft 3 real time strategy game can be found below:

That's the sort of thing Apple should have shown at their event, in my opinion. There's also another tablet doing the rounds called the "Joojoo," which is apparently African for "magic." You should be impressed already. I bet you didn't think "African" was a language, did ya? That was news to me, too. This tablet looks one hell of a lot like the iPad, but is has a 12.1" multitouch screen and features a flash supporting web browser. It costs about the same as the starting price of the iPad, also. Sounds like a better deal, you say? Unfortunately I just listed its entire feature list. Web browsing is all it does and it doesn't seem to have any capability for offline use. It also has a seriously dodgy past and it's makers are being sued as a result. What? You want to see it? Oh. Here: 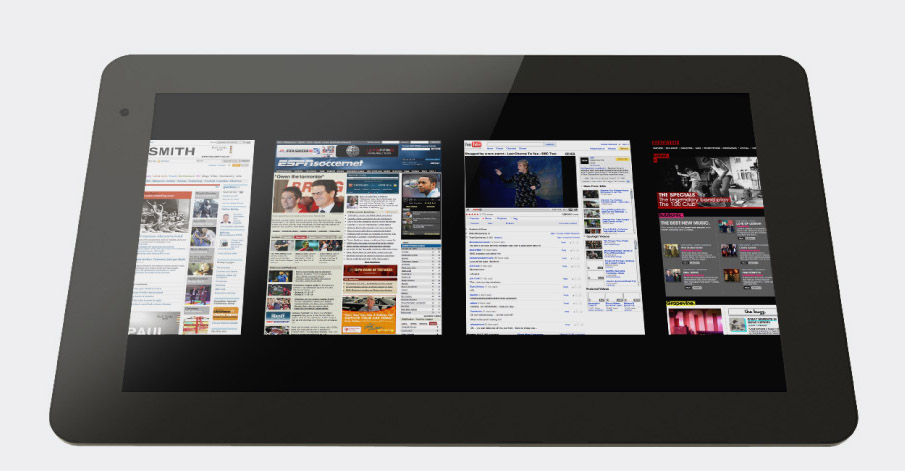 I think this device is kinda cool, but way too limited. Like the iPad, iPhone, and iPod Touch it features an onscreen soft keyboard... but now I very good one from what I've seen. There's a video of the company's CEO demonstrating the device and having a bit of trouble working the keyboard. Not a good sign. The hardware looks pretty cool though, the sort of thing a person might be tempted to buy with the intention of hacking. Not me though. I don't like having to act as my own tech support when it comes to the hardware and operating system.

Perhaps I'm done talking about the iPad and it's ilk, and I'll soon find something else to prattle on about... or perhaps I'll be back soon with a bunch of use cases the think will have to fulfil in order for me to consider buying one, perhaps in the context of these side project I seem to refuse to go into any detail about. Alright, here's a clue which might have meaning to about one person reading this: Bad Penny.